SHAHEEN modern and contemporary art is pleased to announce an exhibition of new photographic works by Cleveland-based artist Bruce Checefsky.

Checefsky’s most recent body of work is both informed by and inclusive of his career-long exploration into camera-less photography, and his more recent experiences as a filmmaker.  To create the series of photographic images that he has titled Gardens, Checefsky employed a flatbed scanner in lieu of a traditional camera, and the fundamental materials and tools by which he realizes his black-and-white photograms.  Powered by a series of extension cords, the re-purposed scanner (stripped of its cover and glass) relocates the artist’s darkroom and studio to his garden.  Taking a cue from Checefsky’s film work, the horizontal exposure of the scanner suggests the pan of a film or video camera as it captures its surroundings from a continuously shifting vantage point.  While – technically speaking – the photographic or “photo-scanning” process involves no true depth of field, the images that it yields possess both extreme flatness and great depth.  As the scanner surveys its surroundings, it occasionally grabs the nearby foliage, creating chance visual occurrences that register themselves as obscure blurs, neon flares of color or vertical breaks in the resulting image. Ultimately, the confluence of Checefsky’s sophisticated yet elemental photographic sensibility and his control / loss-of-control encounter with technology allows him to transform an urban garden into lush, vibrantly colored and nether-worldly landscapes.  Rich, gorgeous and often eerie, the photographs that comprise Gardens beg as many photographic questions as they answer. 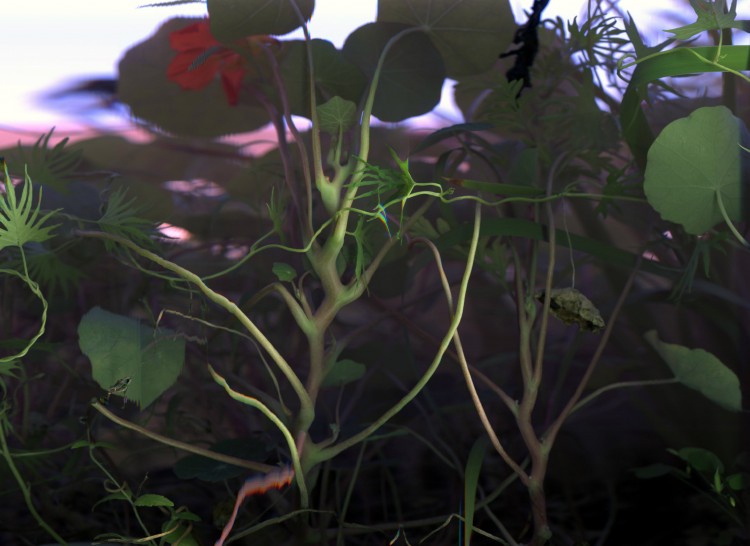 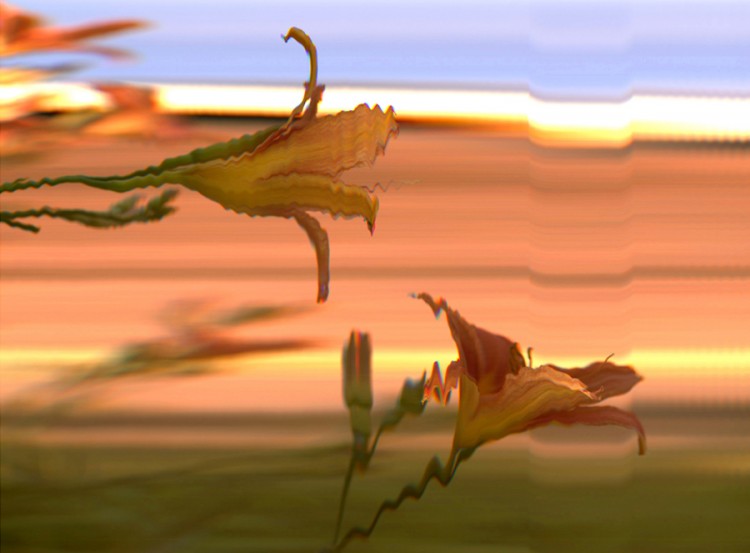 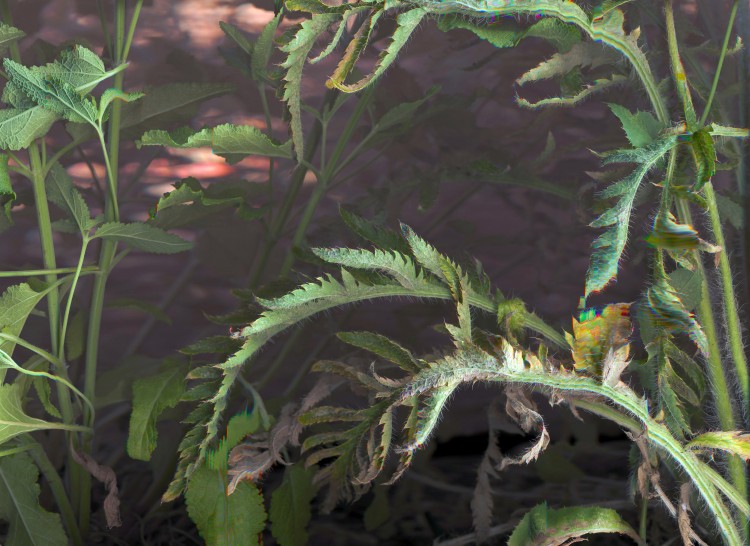 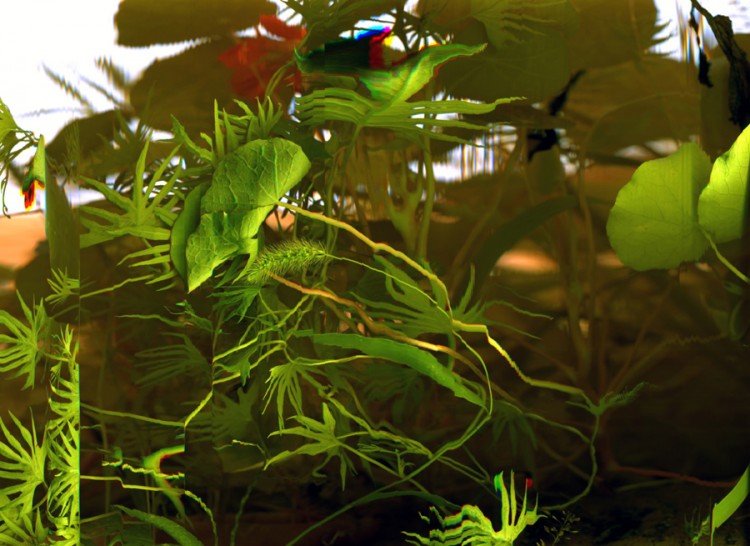 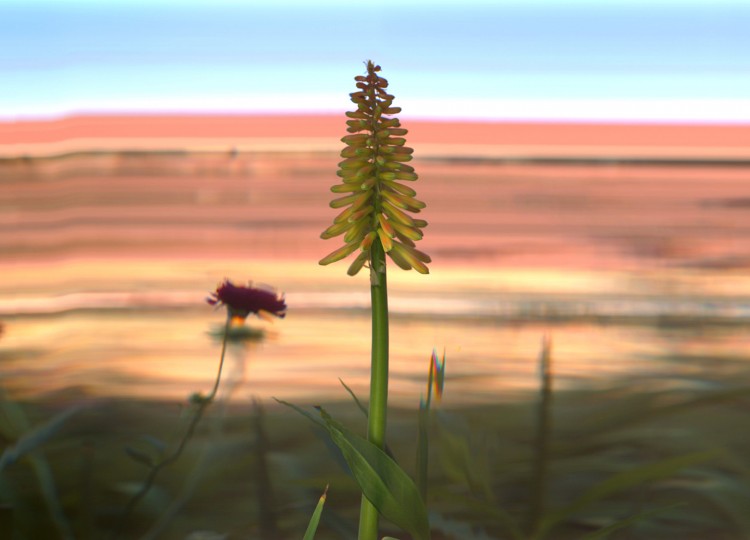 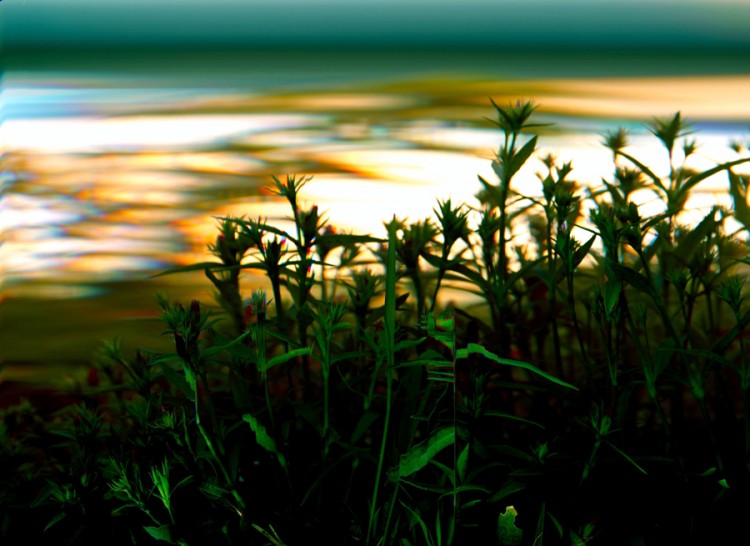 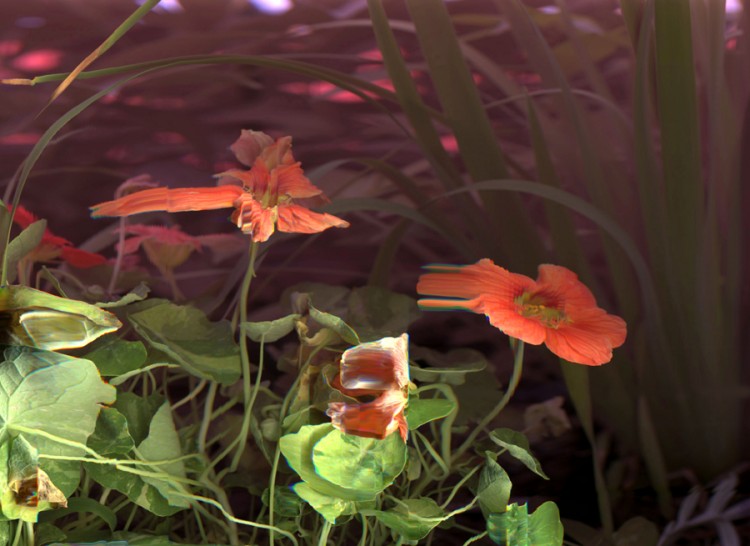 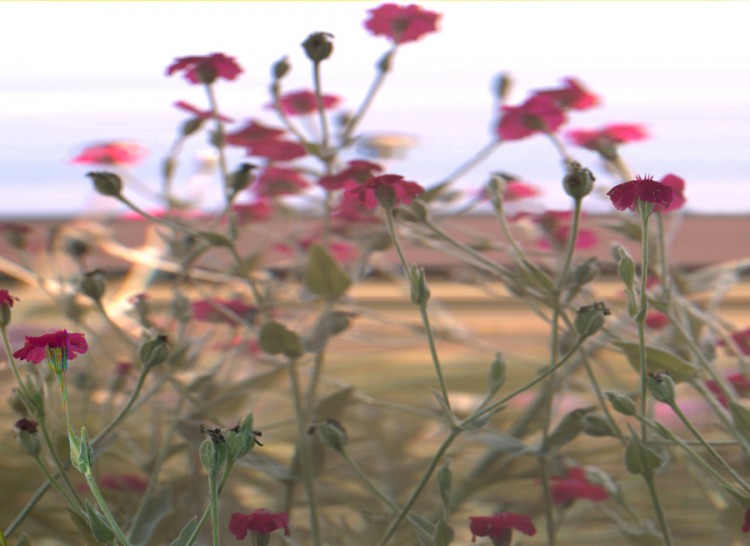 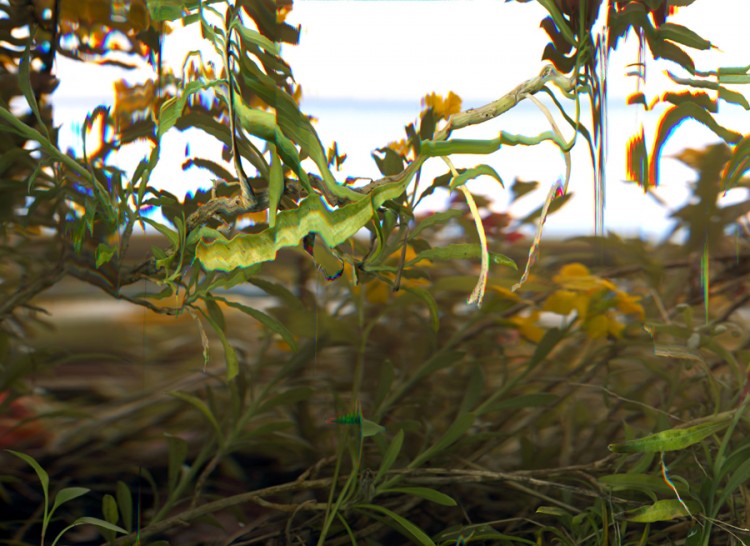 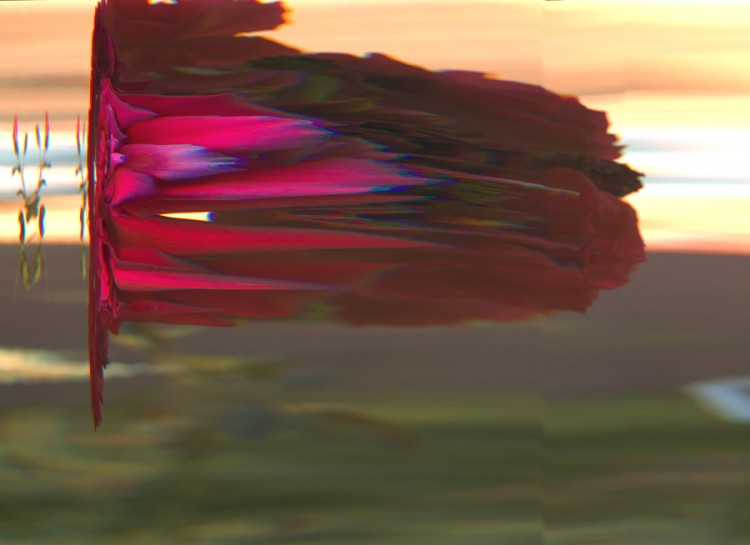 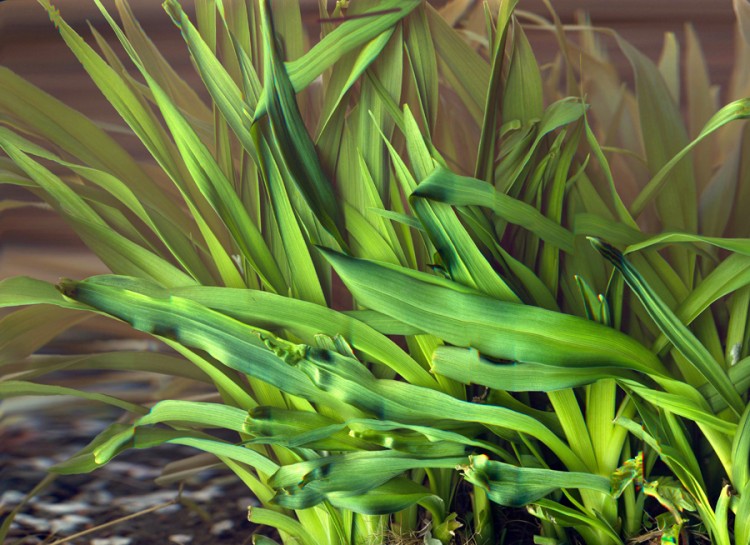 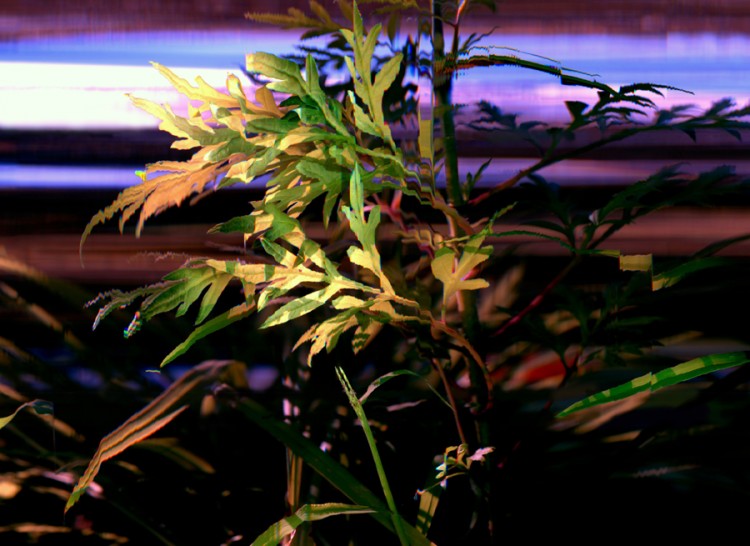 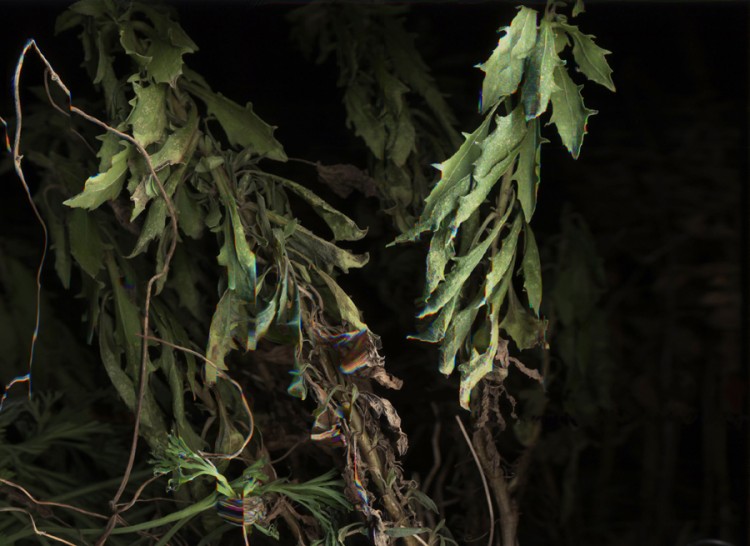 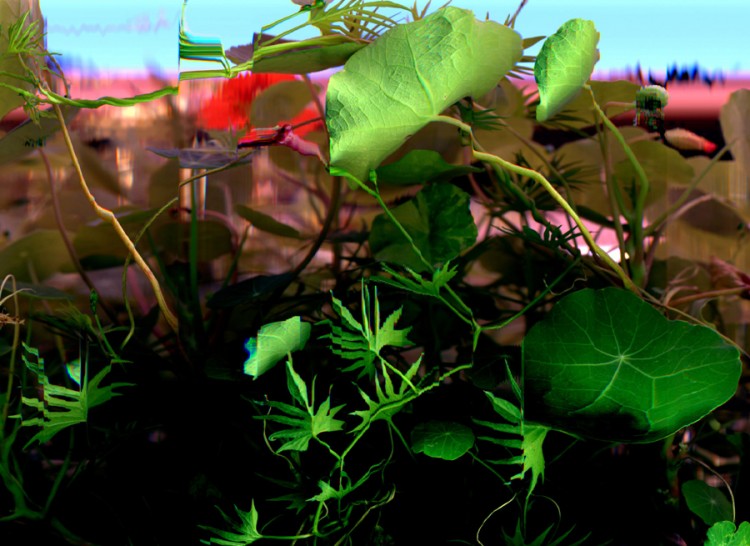