Put Up or Shut Up, New York Academy of Art, New York, NY

Kiki: The Proof Is In the Pudding, Ratio 3, San Francisco, CA

Artist as Publisher, The Center For Book Arts, New York

This Name of This Show is Not GAY ART NOW, curated by Jack Pierson, Paul Kasmin Gallery, New York, NY

On Paper: Drawings from the 1960's to the Present, Daniel Weinberg Gallery, Los Angeles, CA

Magazin (K48: Do Not Provoke Us), Marres, Maastricht, Holland

Rosenberg, Karen, "A New High in Getting Low," The New York Times, March 7

Cotter, Holland. "When the Curator Is Also an Artist, Go Ahead, Expect Surprises", The New York Times, August 9

Carter, Holland, ""The Name of the Place" (Review), The New York Times, Febrary 24

"A Brilliant Chick Parody," OUT, August

SHAHEEN Modern and Contemporary Art is delighted to announce an exhibition of recent paintings by New York based painter Keith Mayerson.  Entitled Friends and Family, this will be McReynolds’ first one person gallery exhibition in the Midwest.

SHAHEEN Modern and Contemporary Art is delighted to announce an exhibition of recent paintings by New York based painter Keith Mayerson. Entitled Friends and Family, this will be McReynolds’ first one person gallery exhibition in the Midwest. Keith Mayerson’s lushly executed paintings depict a wide range of iconic figures, images and moments from popular culture, history, art, literature, film and music in the service of composing a larger allegorical narrative about the times in which we live, and the issues and values that shape our collective history and future. At once individual and collective, admonishing and optimistic, Mayerson’s evolving body of work serves as both a personal homage to those people and experiences that have shaped his own individual identity and beliefs, and a reminder of their broader social and historical impact.

For "Friends and Family" Mayerson brings together images including Martin Luther King, Matthew Shepard, 9-11, Anne Frank, Elvis, Muhammad Ali, Hamlet, Katherine Hepburn, JFK and Jackie Kennedy, and the planet Earth. Through the installation and juxtaposition of these paintings, Mayerson endeavors to imbue the theme/notion of friends and family with a broader, social and humanistic concept. Although Mayerson bases his paintings on pictures appropriated from magazines, books, newspapers, and films, his complete personal immersion in, and reverential, painterly treatment of his chosen subjects and moments transforms them, allowing them to transcend time and context, and the pre-existing source imagery from which they derive. With a painterly verve reminiscent of Impressionist and old master painting, the artist seeks to a foster post-post modernist sensibility that embraces concept, beauty, emotion, transcendence, and the subconscious.

Born in Cincinnati in 1966, Keith Mayerson currently lives and works in New York. Over the past fourteen years, the artist’s paintings and drawings have appeared in numerous solo and group gallery and museum exhibitions in the United States and Europe. His work is included in the permanent collections of the Los Angeles County Museum of Art and New York’s Museum of Modern Art. 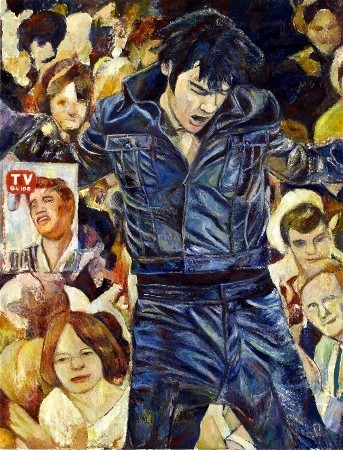 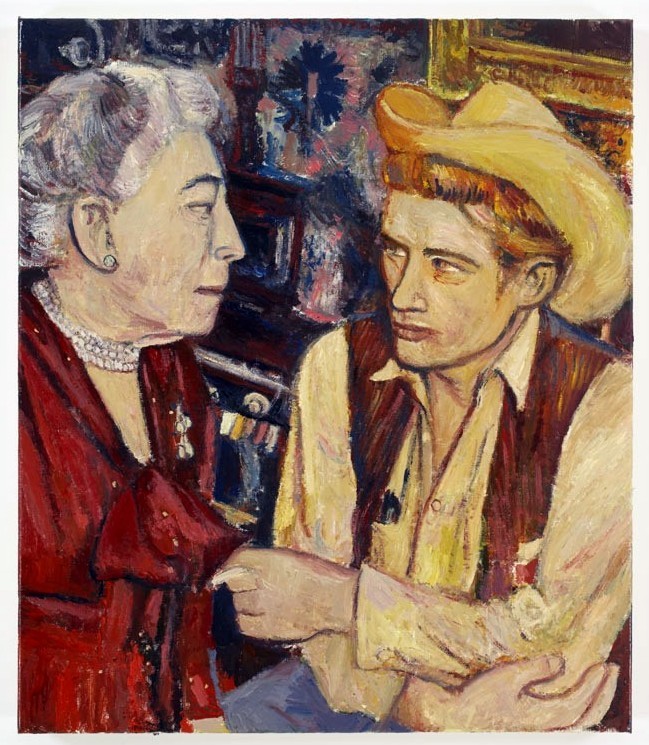 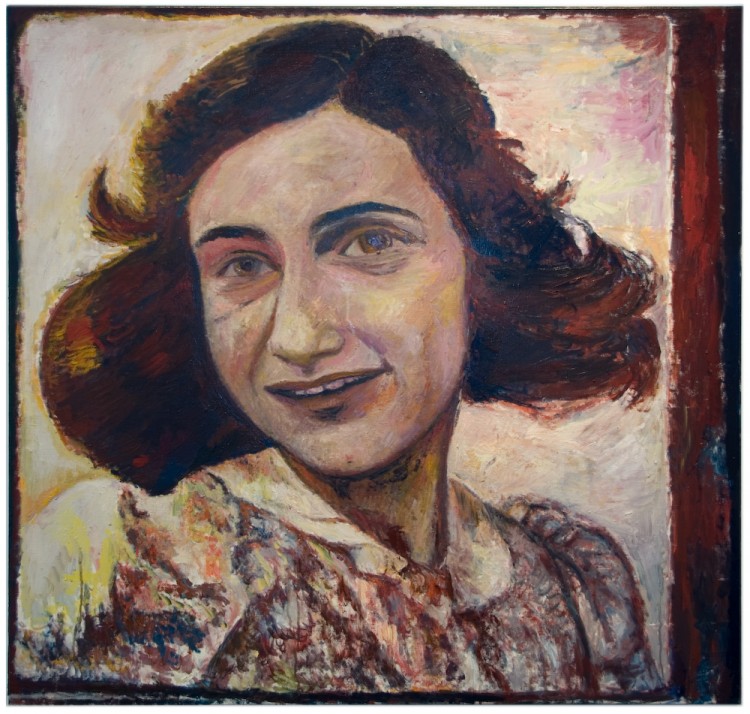 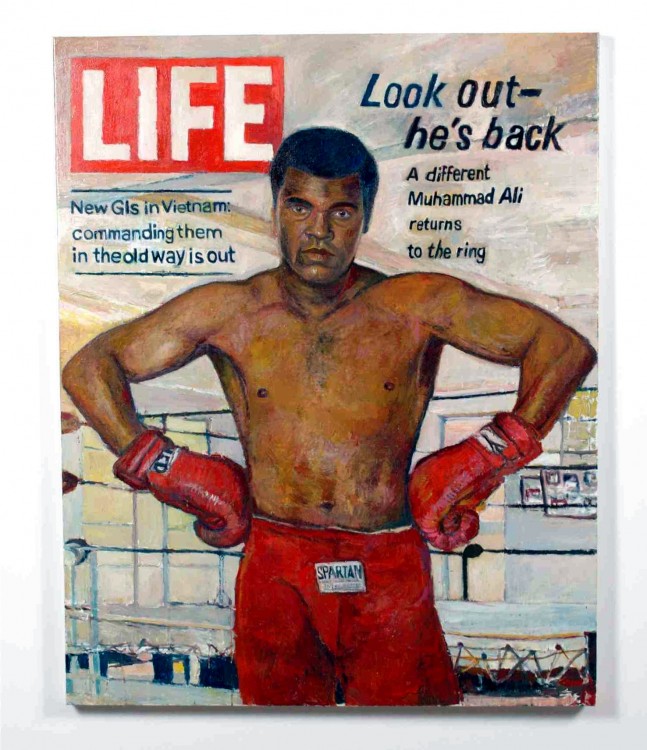 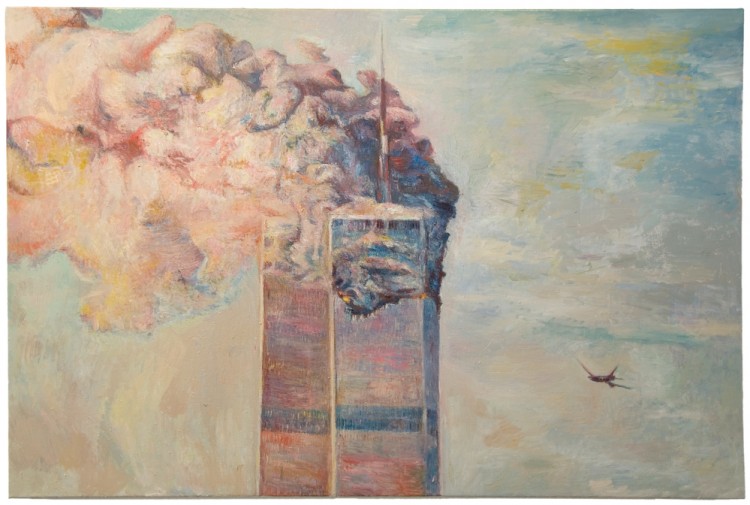 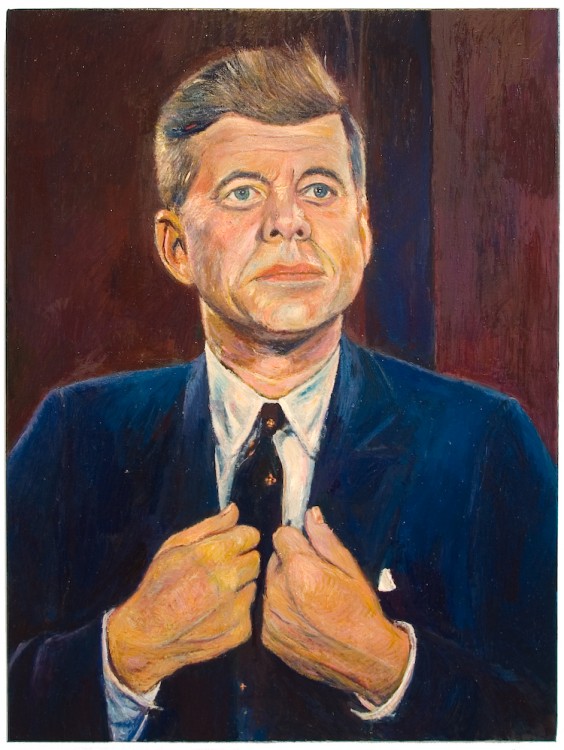 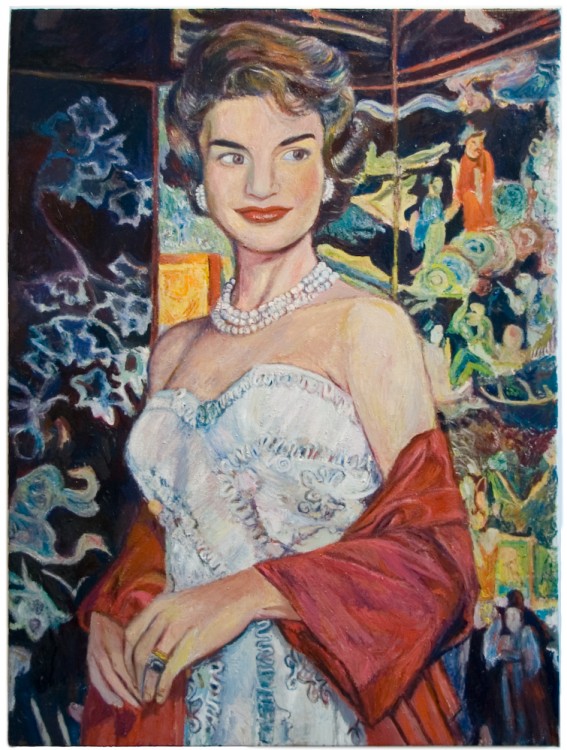 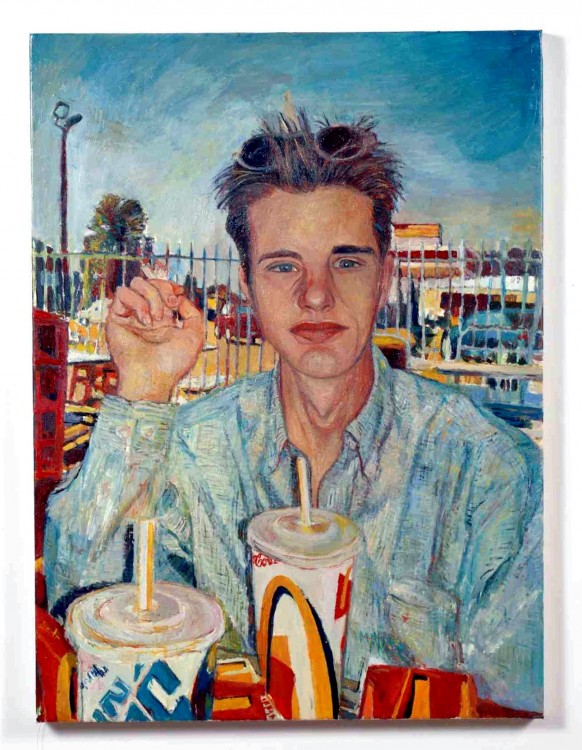 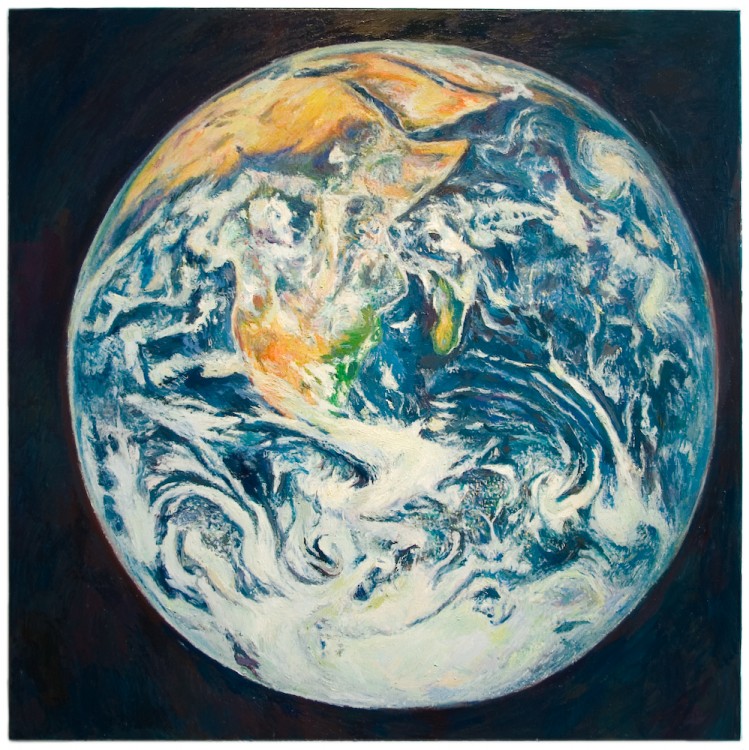 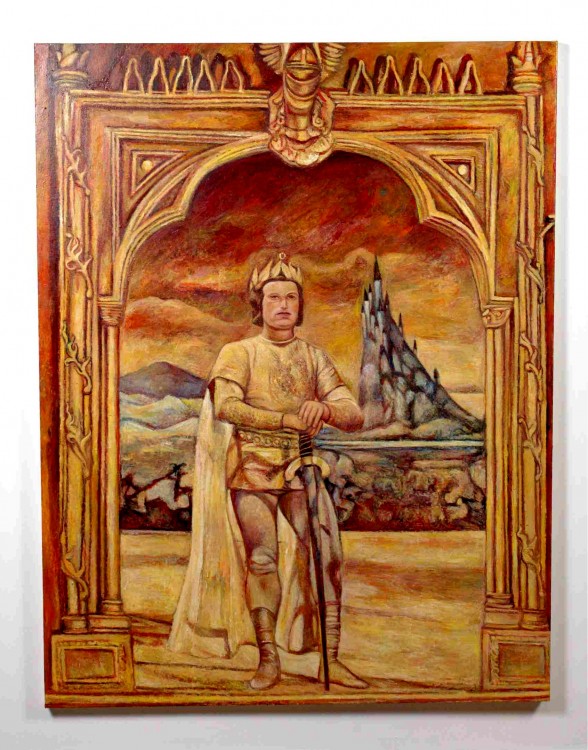 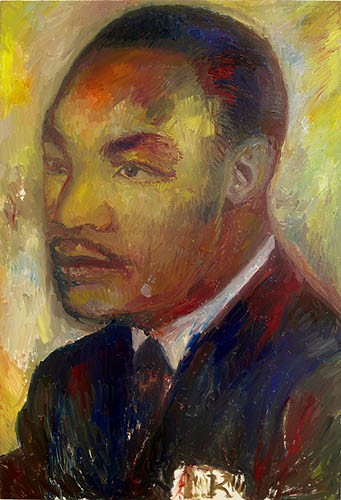 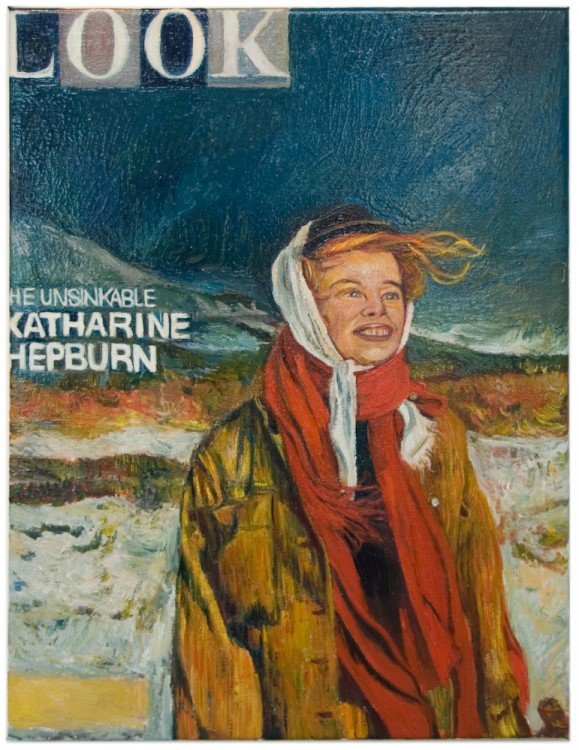 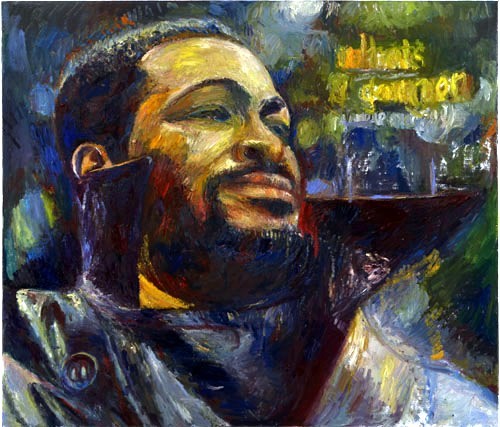 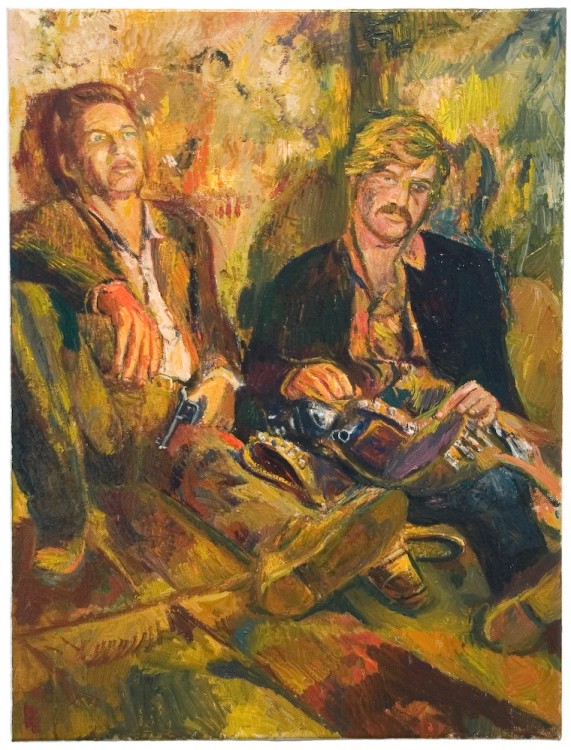