SHAHEEN Modern and Contemporary Art is delighted to announce an exhibition of recent work by 33 year-old New York based artist Jesse Bransford.  There will be an opening reception for the artist on Saturday, May 21st from 6:30 - 9:00 p.m.  The exhibition will continue through June 17th.

Rendered in crisp graphic fashion, and incorporating a variety of drawing media, Bransford's striking and exquisitely executed large-scale works on paper draw upon, juxtapose and conflate an extraordinary array of historical, scientific, sub-cultural, socio-political, science-fictional, cultural and art historical traditions and influences, as well as a broad spectrum of visual styles and modes of image production.  By combining and re-contextualizing elements culled from such a wide variety of sources, most of which are at historical odds with one another, and many of which have long since been marginalized or disregarded as irrelevant, underlying narratives and dialogues begin to arise, mutate and multiply.

The works comprising Bransford's first one person exhibition in the Midwest will mark the completion of a loosely associated series that began in early 2004. These works represent the artist's attempt to explore and address pictorial and conceptual ideas involving humankind's relationship to intangibles and, more specifically, to the concepts of the cosmos and infinity.  Images comprising any single piece are mined from a variety of sources including alchemy, material science, science fiction, fantasy and the occult, all of which have extensive histories, and all of which make extensive use of diagrams and pictorial languages to describe their systems of knowledge and belief.  In rendering his sophisticated compositions, Bransford calls on and combines prevalent stylistic elements of Art Nouveau, medieval woodcut / woodblock printmaking, and material science's visual presentation of celestial phenomena.  By combining and conflating these disparate visual languages in the service of synthesizing a diverse spectrum of imagery, the artist aims to suggest new relationships that span across time and place and challenge traditional notions of order, power and humanity's orientation in space and time.  In the same visual breath, Bransford successfully illustrates humanity's ongoing inability to adequately depict infinity.

Over the past five years Jesse Bransford's work has been the subject of one-person exhibitions/projects at the UCLA Hammer Museum and Pittsburgh's Carnegie Museum of Art.  His work has been exhibited extensively in solo and group exhibitions at galleries and museums in both the U.S. and abroad.  Bransford's work will be profiled in Phaidon Press's forthcoming book entitled Vitamin D. 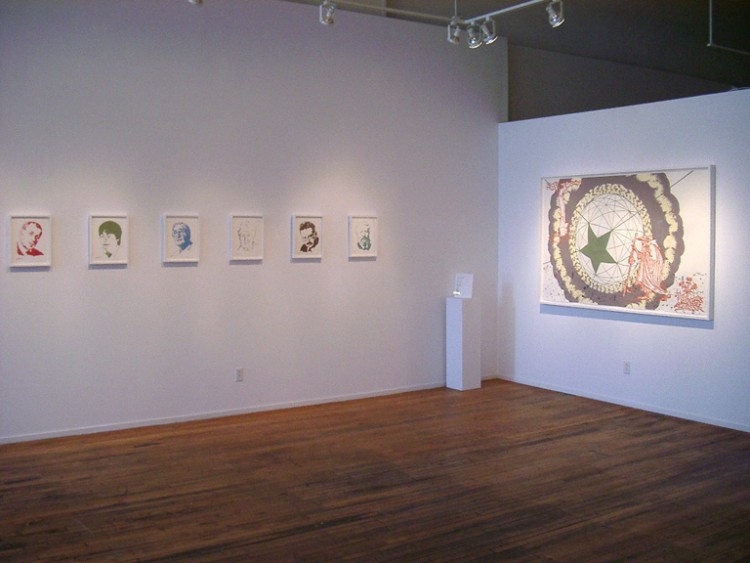 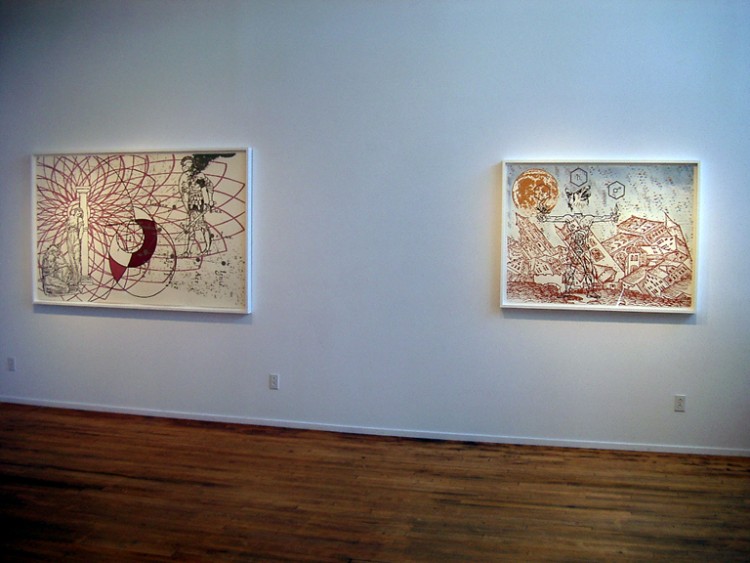 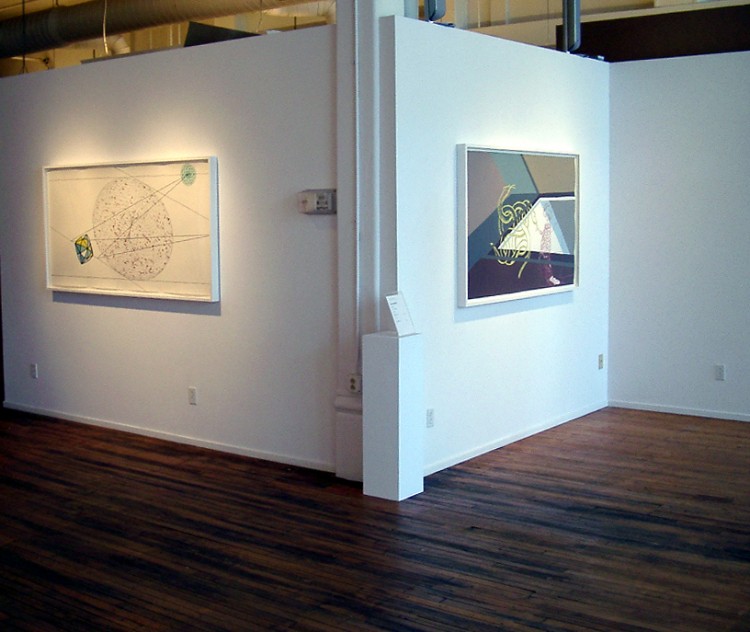 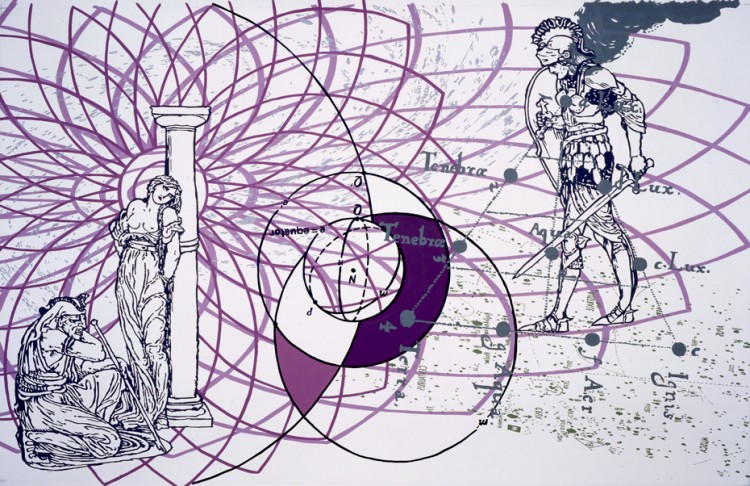 Jesse Bransford
The Light and the Darkness, 2005
acrylic and graphite on paper
47 x 75 inches 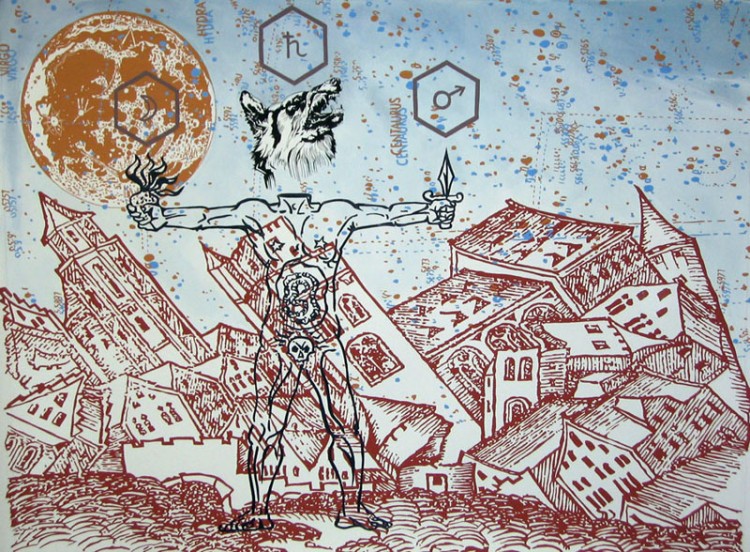 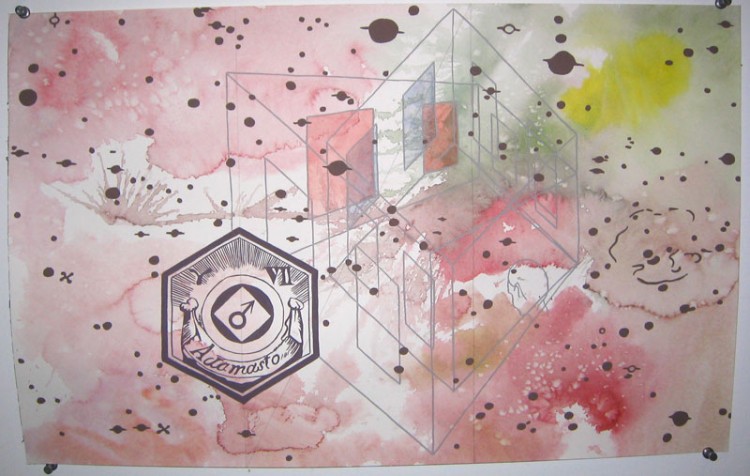 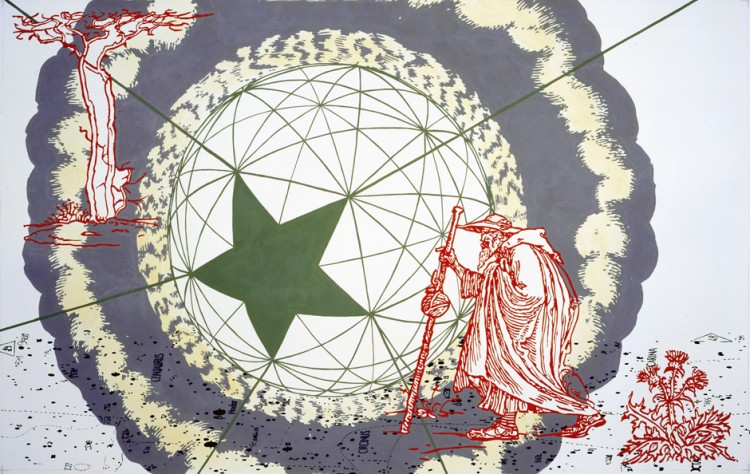 Jesse Bransford
Merlin and the Dragon, 2005
acrylic and graphite on paper
47 x 75 inches 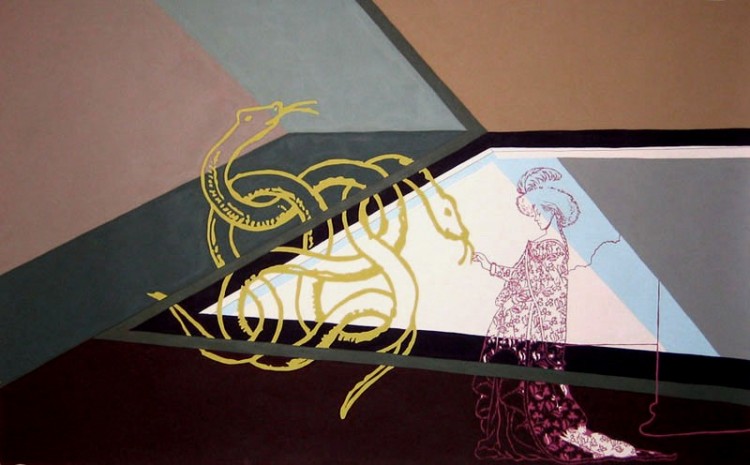 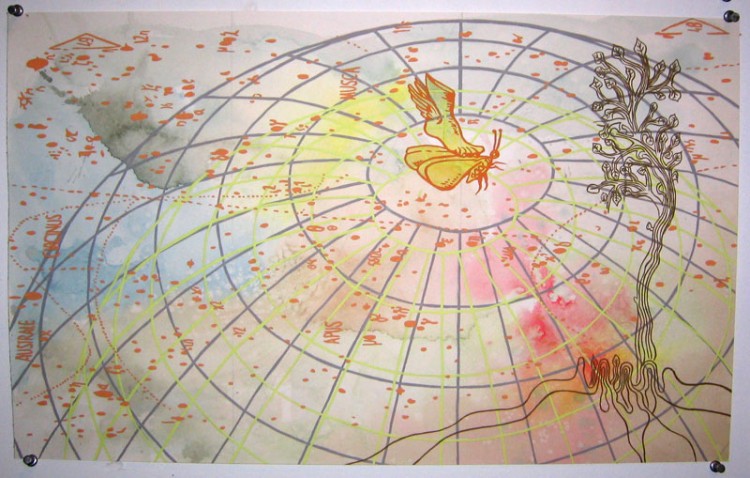 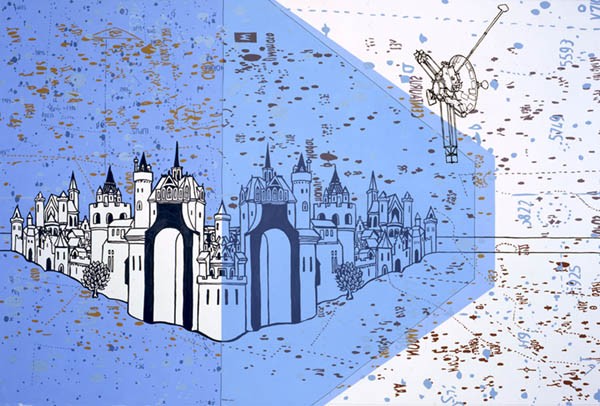 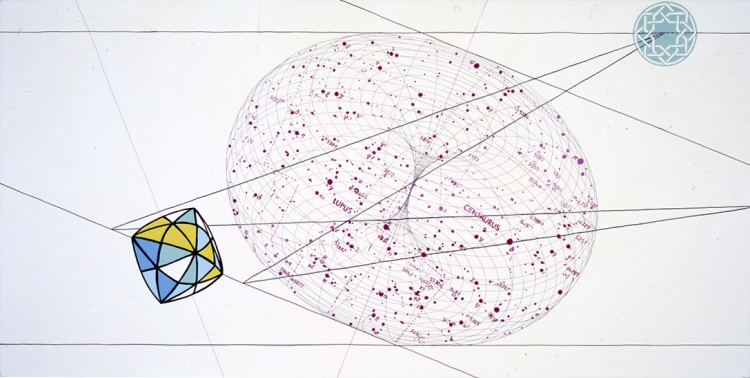 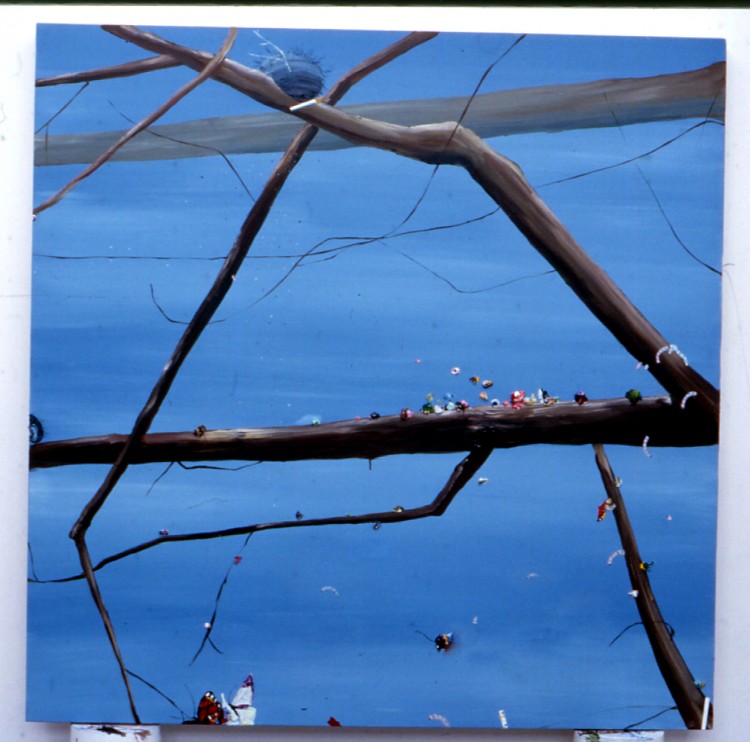