b. 1972
Lives and works in Brooklyn, NY and Painesville, OH

"These are images of my brother Mikey. They're not portraits in a traditional sense. You just see a hooded youth screwing around in the woods.  Mikey was maybe nineteen when I took the pictures, he’s closer to thirty now. The works are all blue, made with a powdered pigment you’d usually mix into a paint. They were created using the same process I used for the powdered graphite drawings, which involved forcing the pigment through silkscreens (photographic stencils).... it's more difficult than that brief description implies.  Mikey is a tattoo artist, and blue is what black tattoo ink looks like under the skin after the tattoo heals.  A tattoo is a wound, or a decorative scar. Any image can have this evidential aspect, capturing or witnessing a wounded moment, or a scared reality. The works in the show are titled after well known accepted names of classic tattoos -- like “Born To Lose" --  or after common tattoo imagery like snakes or daggers.  Within the context of my own work, blue isn’t arbitrary, and the color appears in significant earlier works of mine; like the blue toile pattern on a sculpture from 2005, and a painting of a blue envelope that I made in 2012, where I mixed the pigment with funerary ashes and resin.  Also, as both a color and word, blue has an existential meaning -- to be blue, or to have the blues; and, blue carries with it some hefty cultural currency, more so than other colors, such as the blues in music, or Picasso’s blue period. To dig deeper, I would highly recommend James Baldwin’s short story Sonny’s Blues, which, coincidentally, is about two brothers.

Biography and autobiography are always present in my work, it’s what motivates me to make a work. I had these images of Mikey that I always loved and never used, and then the idea of the blue tattoo ink and the fact that he’s now a tattoo artist fit together. The entire installation took its final form when it occurred to me to include Mikey’s flash in the exhibition (flash is what a tattoo artist calls the drawings/paintings they make as samples for clients to choose from). So, it’s become a solo show that is really a two person show. Two brothers from two generations navigating a blue world with pictures you can read like stories." 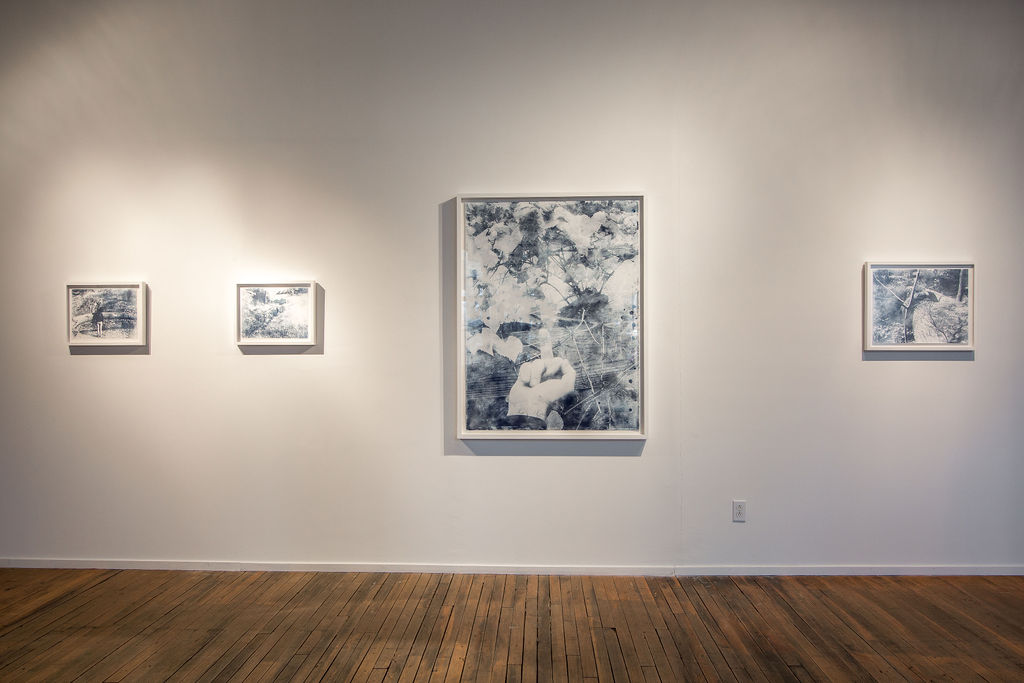 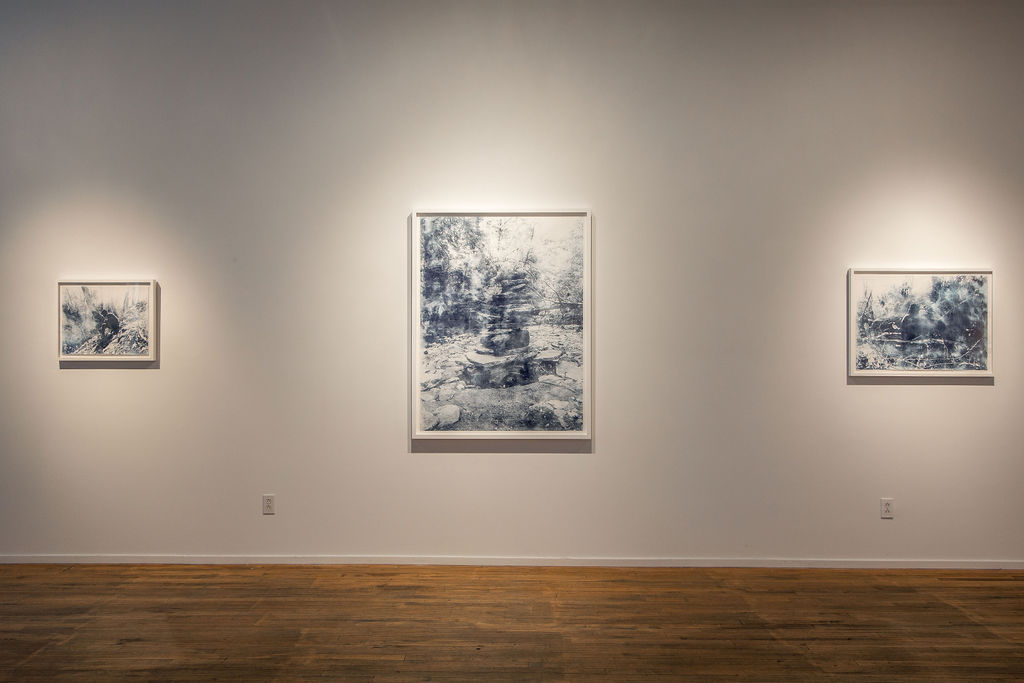